Save money by comparing quotes and choosing the most competitive offer

Free and No Obligation

Our service is 100% free and with no obligation

Get up to 4 quotes - right here! Coffee Machines - Get 4 quotes from the leading market suppliers!
It only takes a minute!
Last Updated: 11. April 2016

10 Historical Figures and Their Coffee Obsessions

Every Coffee drinker has their individual preferences. Like many things these preferences change and are refined over time. After a while it comes to a point where you have experienced enough to know what you like and the margin for refinement diminishes as we become set in our ways. It's common for Coffee drinking to have a routine that they follow every day. Maybe you prepare your coffee machine each night before bed to have it ready to go in the morning, or maybe you stop for a latte on your way to work. These are pretty common routines for people these days but, do you know people’s coffee habits before there were coffee machines or drive-through coffee shops.
Below are the interesting and strange coffee habits of some iconic historical figures.

1. Johann Sebastian Bach - He even wrote an opera about coffee obsession 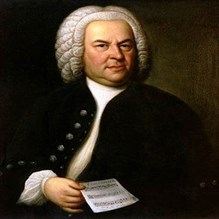 The renowned composer and pianist was very open about his love for coffee. In 1732 he even turned a poem by Picander into The Coffee Cantata. Bach did this to openly mock the protest of Vienna’s growing coffeehouse scene. Common opinions were that coffee was a vice as dangerous as alcohol or gambling.

2. Søren Kierkegaard – Coffee with his sugar 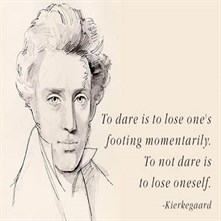 According to the biographer Joakim Garff, Kierkegaar drank tons of coffee and had a very peculiar way of preparing it. The Danish philosopher, instead of adding sugar one spoonful at a time, he would pour directly from the bag, filling his cup up until sugar would over-flow. Next, Kierkegaard would slowly dissolve the mountain of sugar by adding hot coffee and in one gulp, would down the whole cup in one go. 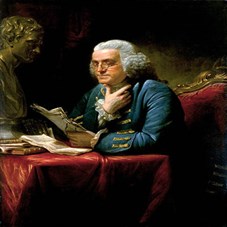 One of the most brilliant minds of his era, Benjamin Franklin has been quoted as saying “Among the numerous luxuries of the table…coffee may be considered as one of the most valuable. It excites cheerfulness without intoxication and the pleasing flow of spirits which is occasions...is never followed by sadness, languor or debility.” 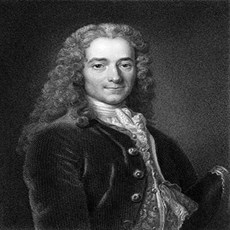 The French enlightenment writer, historian, and philosopher felt quite dependant on his coffee, which he liked to mix with chocolate. Voltaire had such an appreciation for the bean, he made sure to offer hefty rewards for those who could find his favorite varieties. He even accredited the inspiration behind the development of his philosophies to coffee.

5. Teddy Roosevelt - would drink nearly a gallon of coffee a day

The 26th U.S. president’s son once said the Roosevelt’s coffee mug was “more in the nature of a bathtub.” In which the president would typically add six sugar cubes, until he later made the switch to saccharine. 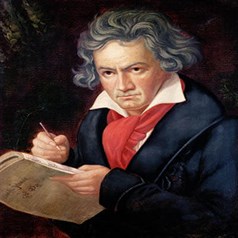 According to notorious composer’s biographer, Beethoven was so obsessive about his coffee that he would methodically count by hand 60 coffee beans per cup.

7. Napoleon Bonaparte - Asked for coffee while on his deathbed 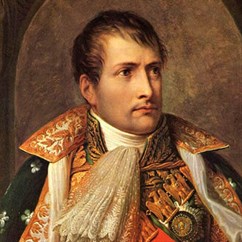 The autopsy that followed the death of the French emperor revealed coffee grounds in his stomach, lending validity to the claim that he requested coffee before he passed. He is also is credited with the quote “I would rather suffer with coffee than be senseless.”

8. L. Frank Baum - Coffee should be strong enough “to float a spoon on it without sinking.” 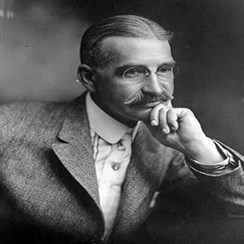 L. Frank Baum, the man behind the creation of the Wizard of Oz series, wakes up each morning at 8 a.m. and drinking five cups of coffee with breakfast before he feels ready to write. 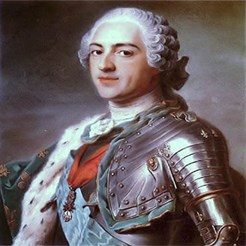 Louis XV appreciated coffee so much that he constructed greenhouses on the Versailles Palace grounds where he would grow his own coffee beans. Coffee was the beverage of choice when serving guests of the Palace; so much that he would handpick, roast, and ground the coffee beans himself. 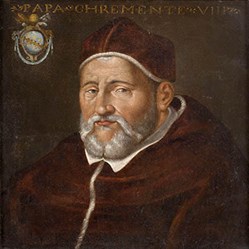 There was a time when coffee used to be considered an evil “non-Christian” drink. This had to do with the introduction of coffee to Europe from Arabia. Luckily, Pope Clement VIII’s bright idea to baptize coffee make it alright for European citizens to enjoy the revolutionary beverage.
“Why, this Satan’s drink is so delicious it would be a pity to let the infidels have exclusive use of it. We shall fool Satan by baptizing it and making it a truly Christian beverage.” -Pope Clement VIII, papacy from 1592-1605

If you thought you might have a coffee obsession, then hopefully you feel a bit better after reading how bad some of these historic figures had it. Happy brewing!

If you're interested in brewing your own coffee read more about commercial coffee machines.

It's that easy:
1
Request Quotes

Complete the form and describe your requirements for your chosen product.

We will match your request with suitable suppliers.

You will receive up to 4 free quotes tailored to your needs.

We strive to put our customers in touch with the right supplier. Would you like to join the Market Inspector network?

We use cookies to give you the best browsing experience.

If you at an earlier point have opted in for this type of cookies, either at our website or at any other website, you will likely have third party cookies in your browser that is being used to track your browsing behaviour. The following is a list of the third parties we collaborate with and a link to where you can opt opt of their personalised marketing programmes that we and other advertisers are using.